Petroleum has been the main feedstock for most chemicals produced during the last 100 years. However, due to the demand for environmentally-friendly products and the rising price of oil, renewed interest in alternative feedstocks has developed, particularly from bio-renewable sources. Among the many bio-derived feedstocks, ethanol has received the most interest since it is produced by simple fermentation of such agricultural products as sugar cane, corn and cassava. Scientific Design offers proven and highly efficient processes that utilize ethanol to produce bio-based ethylene oxide / ethylene glycol (EO/EG) and ethylene.

Ethanol increasingly is used as feedstock for the production of ethylene. This “green” ethylene is then used to make other major downstream derivatives such as polyethylene, ethylene dichloride, styrene, ethylbenzene, and others. Scientific Design offers both the process technology and SynDol® Catalyst used for the highly efficient dehydration of ethanol to ethylene.

Scientific Design’s fully integrated Ethylenol to EO/EG Process is a green alternative to using petroleum-based ethylene. By integrating the ethanol dehydration unit into the EO/EG process the overall capital costs are significantly reduced. Moreover, the process is designed to take advantage of unique heat integration opportunities.

The first commercial plant using this integrated technology was started up in 1989 in India and is currently producing green monoethylene glycol used as the bio-renewable component of partially bio-based PET.  Scientific Design’s success in licensing its green EO/EG process continues with a number of new plants coming on stream over the next few years. 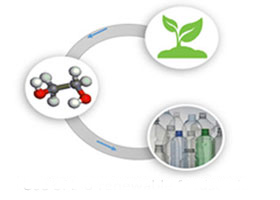 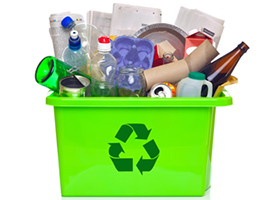 Ethanol feed is catalytically dehydrated to ethylene over Scientific Design’s SynDol® Catalyst. The reactor effluent is cooled, compressed and combined with oxygen to produce EO in the multi-tubular catalytic EO reactor. EO produced in the reactor can be separated to high quality purified EO and/or further processed to produce fiber-grade mono-ethylene glycol (MEG) as well as di- and tri-ethylene glycols (DEG, TEG).